Skip to content
December 3, 2018 Author by Tom ChildsPosted in Articles

As the season enters its final 4 weeks the fight for the ‘Most Valuable Player’ award becomes closer and closer. Many people believe that the title will fall to one of three players this year: Patrick Mahomes, Drew Brees and Todd Gurley. But what are Mahomes’ chances of winning it in his first year as a full-season starter?

In my opinion, MVP should be awarded to the player who, without them, their team’s record would be completely different; and not just a player who excelled in their position that year. Therefore I’ll start but narrowing things down to a 2 horse race. Todd Gurley, the LA Rams running back, is, who I believe to be, the best running back in the league this year. His ability to read gaps in the offensive line and make decisions, before utilising his explosive speed and elusiveness to evade defenders, is second to none. However I don’t think his performance this season warrants an MVP accolade.

The Rams running back currently has a total of 17 touchdowns in just 11 games, 13 receiving and 4 rushing, showing his versatility as a player. He can make defences pay from anywhere on the field and that’s something that deserves some credit. He’s also second in rushing yards, but Ezekiel Elliott, the current leader, has played 1 more game than Gurley. 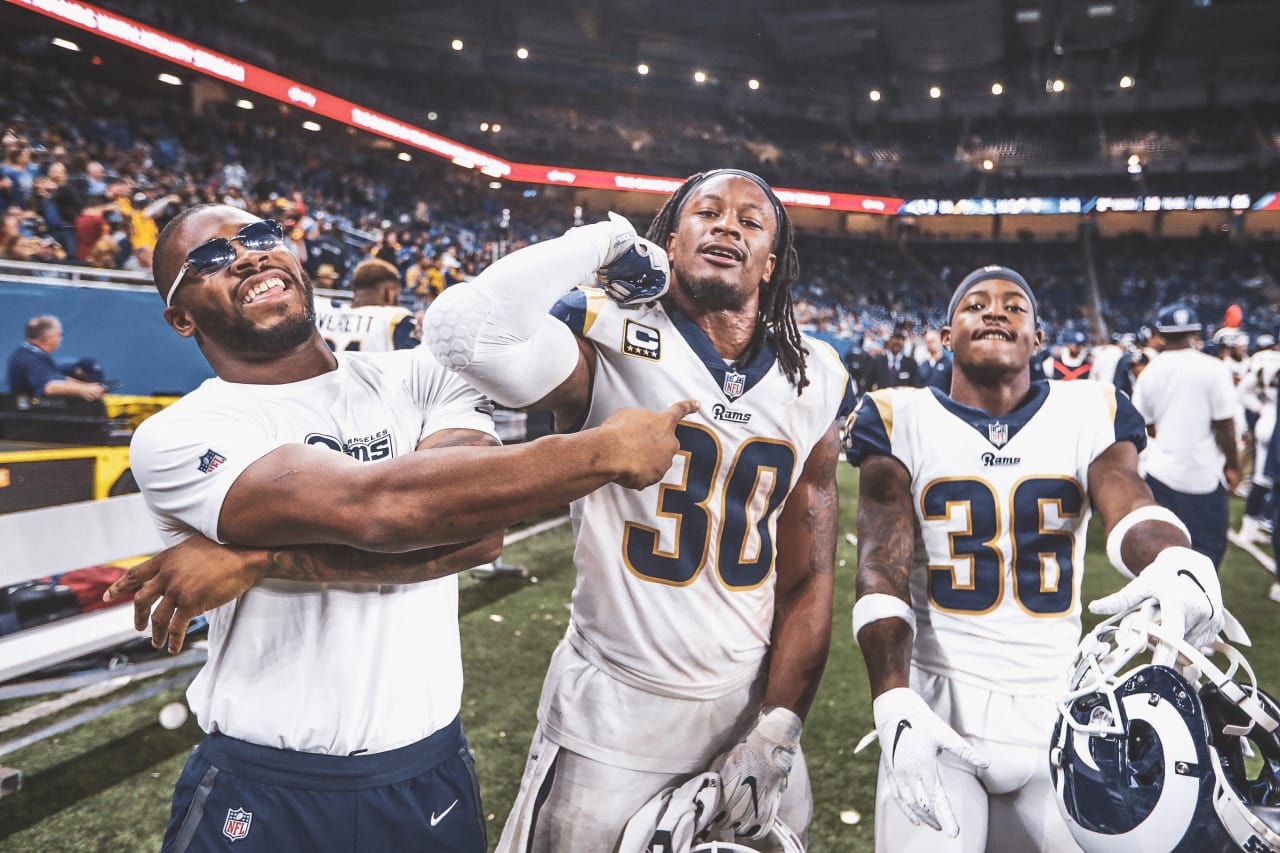 However, he currently sits behind one of the best offensive lines in the league. Therefore, despite his abundance of skill, he is aided a lot by his line. In an episode of the YouTube series ‘film room’, they analysed just how much of a help Gurley’s line has been in his performance so far this year. It broke it down really well so I’d strongly advise checking it out.

Anyway, we’re going to move onto my top 2 candidates for the year. Our very own Patrick Mahomes going toe to toe with Drew Brees to air it out, as best they can, to try and make sure their name gets called in the end of season awards.

If you had asked me this question earlier in the week I would have said Drew Brees. The guy hasn’t won the award yet in his 18 year career and has had a more than worthy season this time round. Before this week began Brees had 29 passing touchdowns and 3 rushing touchdowns, which is an incredible stat line before you also take into account that he had only turned the ball over a total of 2 times all season too.

On top of this, he also took the crown, earlier in the season, for the number of career passing yards; beating Peyton Manning who previously held the number 1 spot with 71,940 yards. This has certainly solidified his claim to be one of the greatest quarterbacks in NFL history; and his career isn’t even over yet.

This is also amidst leading his team to be one of the front runners to represent the NFC in the Super Bowl this year. That’s a particularly large achievement when you’re in the same conference as the super-team Los Angeles Rams, Minnesota Vikings and, current Super Bowl champions, Philadelphia Eagles. 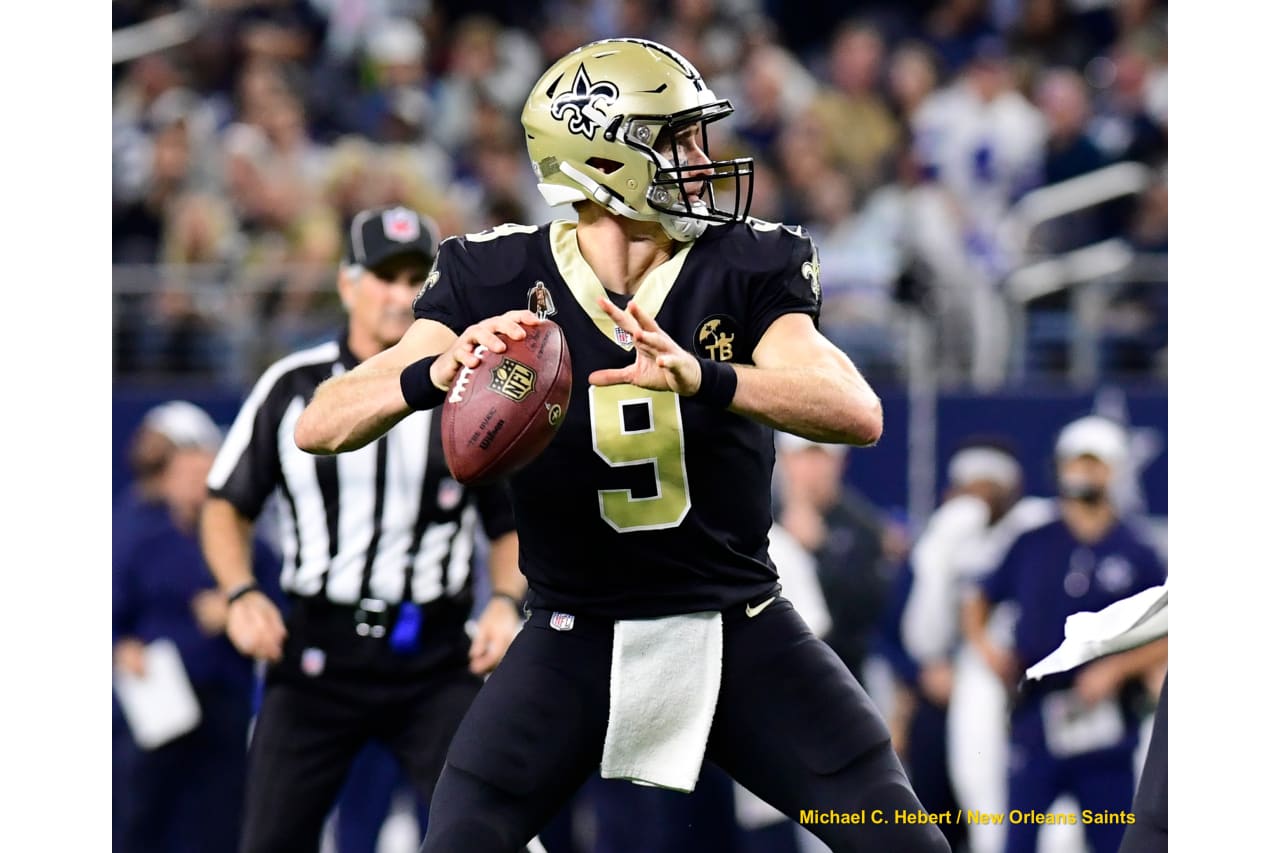 So why is this not a case closed for Drew Brees’ bid for MVP this season? Well his most recent performance against the Dallas Cowboys has certainly helped to open up the conversation again. In one of the biggest upsets of the season, on a Thursday Night Football game, Drew Brees only threw for 127 yard with a touchdown and an interception; losing to the Cowboys 13-10.

Instead of taking the opportunity to widen the gap between his team and the rest of the league; Brees instead has allowed the Chiefs to tie their record; as well as giving the Rams poll position in the NFL.

So with the Chiefs now sitting at a 10-2 record, and Kareem Hunt off the team, is it Mahomes times? Can the Chiefs star prove to the whole league that he can be relied upon to keep the Kansas City train rolling and snatch the Most Valuable Player award from under Brees’ nose?

Well a 4 touchdown, no interception game against the Raiders certainly helped. Mahomes had a great game Sunday evening; kicking the divisional rival Oakland whilst they were already down. I think he did a great job of ensuring that the topic of MVP was still up for debate and it couldn’t have come at a better time; considering Brees’ performance. 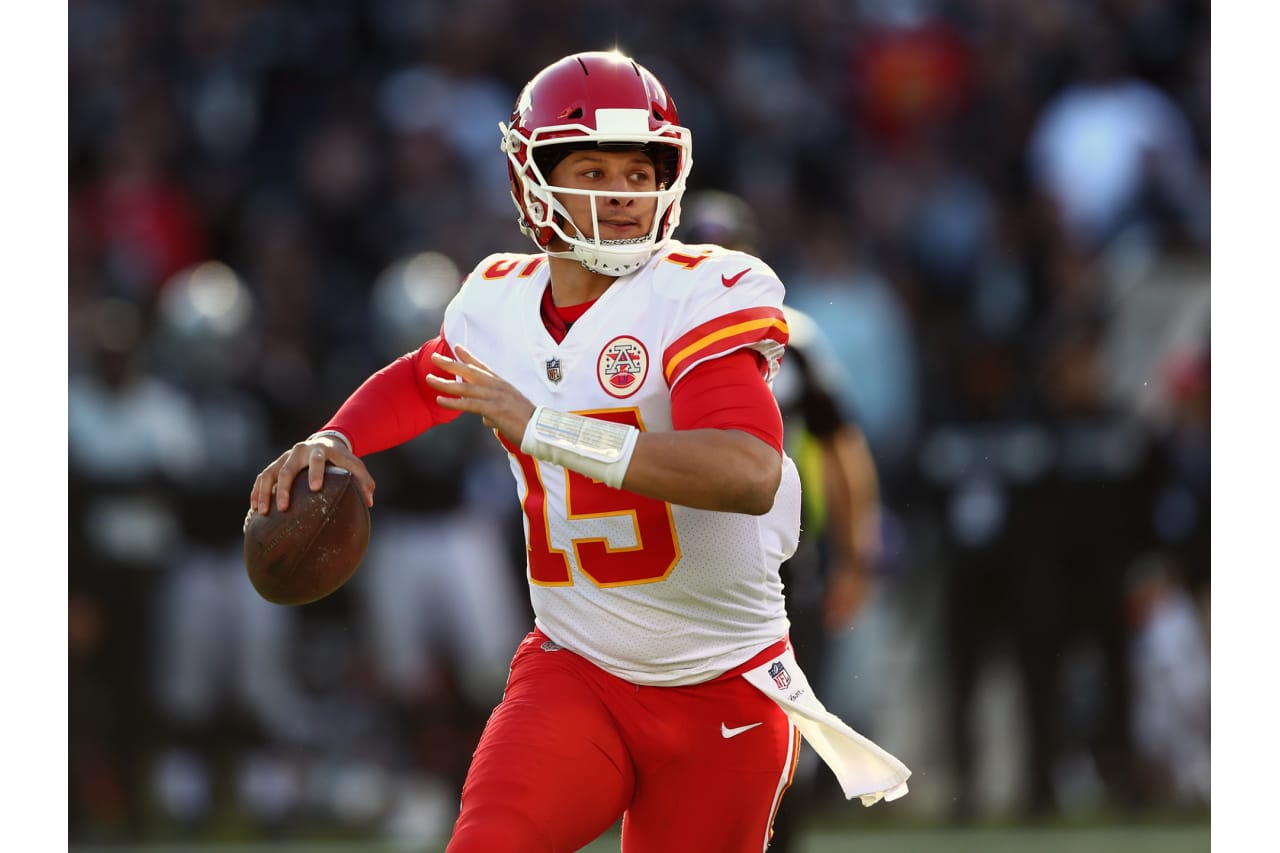 Speaking of timing, although it may not help the team, Hunt’s departure from the league could actually assist Mahomes in making his case even stronger. Without a star running back on the roster, Mahomes will have to be relied upon just that little bit more. It’s one luxury that the Saints QB has over our guy, as Alvin Kamara is still a very dominant force in the backfield for New Orleans.

Both teams have defences that are less than perfect. Whilst Kansas City is currently last in passing yards allowed per game; New Orleans aren’t much better off at 30th. This means that neither have their defences to fall back on and are therefore relied upon much more to get the job done (which warrants an MVP nod for both of them).

Aside from the talent on the rest of the roster, let’s think about the team, and fans, themselves. The Chiefs haven’t visited a super bowl since 1970 (where they beat the Green Bay Packers in Super Bowl IV). That’s 48 years of hunger for Chiefs fans waiting for their next big break. As well as this, the Chiefs have been so close yet so far in recent years; winning their division in back to back years and going to the playoffs in 4 of their last 5 seasons.

On the flip side, the Saints won Super Bowl XLIV in the 2009/10 season; where Brees was named Super Bowl MVP. However, Brees has never won the MVP award in his 18 year long career and therefore, Saints fans are probably dying to see their GOAT win it this time round. However is the fact that a player hasn’t won one yet in their long career a good enough argument to award it to him? I don’t think so.

So perhaps it could be argued that Mahomes has more weight on his shoulders, in terms of how much the rest of his team is leaning on him. But let’s also take a look at the raw stats.

Mahomes currently dominates Brees on touchdowns this season by 12 (Mahomes has 41 and Brees has 29). However, it’s not just about how many points you, as a player, can put up. You also need to take into account how important they were in leading their team to wins; which includes being clinical with the football. Mahomes currently has 10 interceptions, whilst Brees only has 2. On top of this, Brees also has a completion percentage of 76.9% whilst Mahomes has a less admirable 66.9%.

I don’t think this is something that can be decided indefinitely at this point in the season. With 4 games a piece still to play; it all depends on how the 2 perform and where their respective teams sit at the end of the regular season.

However, I will say this: I think Mahomes has a shot, a real shot. He has unquestionably got the talent for it. If the Chiefs can keep the ball rolling and win their next 4 games (against some tough opponents like Baltimore, Los Angeles and Seattle) then I don’t see a reason why it won’t be Mahomes. The Saints have Carolina twice, as well as, Pittsburgh and Tampa Bay once each. Their schedule is slightly more difficult than ours; so it really will come down to who can lead their team to higher glory. Whatever happens, it’s going to be a show you don’t want to miss out on. Trust me… I’ve already bought my front row ticket.