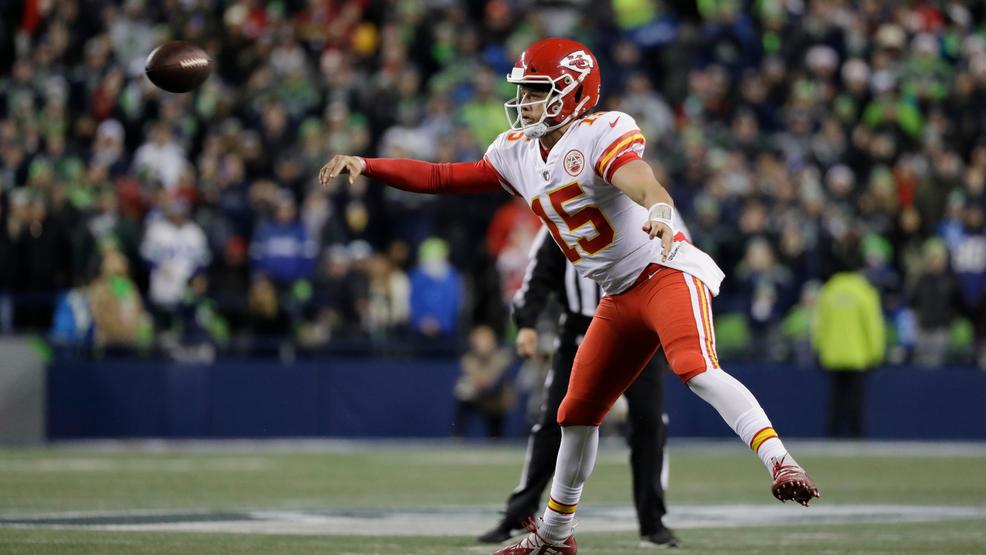 Every great ship needs its captain to navigate their crew through rough seas. The same can also be said for an NFL franchise. Without a strong leader at the helm, the cracks will inevitably start to show and the ship will sink.

We don’t have the a strongest history of quarterbacks as a franchise; since Lenny “The Cool” Dawson retired way back in 1975. Yeah sure Joe Montana was amazing, but he only lasted in KC for 2 years. Yeah sure Alex Smith was good but he was never that guy.

So when the Chiefs traded up 17 places to draft Patrick Mahomes out of Texas Tech, 10th overall in the 2017 NFL Draft, we couldn’t stop ourselves from being excited to finally have our own franchise quarterback, for the first time in 43 years.

And I don’t think there’s much debate about whether Mahomes lived up to expectation. It was like getting Blackbeard to take over the wheel after spending nearly half a century with Captain Birdseye. The Kansas City ship sailed and we all tuned in to ride the wave. Let’s take a look back at his incredible 2018 season; starting with the stats.

As you can see there’s not much to complain about as far as the stats and accolades are concerned. With statistically a top 3 QB performance in NFL history his season was simply remarkable; even that seems like an understatement.

His ability to join the starters after just a year of sitting behind Alex Smith and take the team to new heights was definitely unexpected. Mahomes filled the Chiefs Kingdom with hope; hope that we hadn’t felt in a very long time.

And it didn’t come without an impressive throw or two along the way. I tried to choose one of his games this season to call his ‘performance of the season’ and its proved to be the hardest part of season. I originally narrowed it down to 4 and tirelessly stressed over which of those I would select. To help me decide I tried to find a balance between statistical performance and the importance the game had. Let’s start with the contenders:

The first of the four was the Divisional Round playoff game against the Colts at Arrowhead. The main reason for this choice is that I feel like this game had huge significance in many Chiefs fans’ hearts. The Chiefs not winning a home playoff game in 25 years was a huge weight to carry for Mahomes and the Chiefs. On top of this, in the week prior to the game, fans and analysts alike bet against the Chiefs and had the Colts pulling off the upset. However it was clear that Mahomes wasn’t phased one bit by the opinions of the public. He had control of the game throughout, throwing for 278 yards and, despite not scoring a touchdown through the air, he still took one in on the ground. It was a very run heavy game for the Chiefs but it was Mahomes who took them down the field time and time again to put them in the best possible positions to score. His poise and confidence in his first playoff game landed it on the list.

The next game was the week 14 matchup at home against the Baltimore Ravens. What. A. Game. Down by a touchdown with just four minutes left on the clock, Mahomes put together what was, in my opinion, his best drive of the season. Going all the way down the field completing ridiculous throw after ridiculous throw was just jaw-droppingly incredible. And who could forgot that 4th and 9, across the body, 38 yard, bomb down field to Tyreek Hill to set up the game-tying touchdown. However, the best thing about Mahomes is that if I were to say do you remember “THAT throw Mahomes made?” I could be referring to about 10 different passes he completed this season. If that doesn’t show off his unbelievable talent, I don’t know what does.

The third game that I considered for ‘performance of the season’ was week 2 against the Steelers. Throwing for six touchdown and zero interceptions put his QB rating through the roof at 97.3. Considering this was only his third career start only makes the performance even more impressive. He absolutely lit the Steelers’ defence on fire with 326 yards, alongside his pile of touchdowns. It was really hard to not make this number one on my list. It was undoubtedly his best performance statistically in his short career, but I feel like it just lacked the significance of some of the other games to make it number one on my list.

Performance of the Season:

So what made it to number one on my list? After much deliberation I decided to go for the week one matchup V the Chargers. I feel like that game was a perfect combination of an impressive game statistically as well as being a defining moment in this franchise’s history.

Mahomes came into the 2018 season rolling. He threw for over 250 yards and completed 15/27 of his passes; meaning his yards per attempt was 9.5 (nearly a first down per attempt)! That’s incredible without even mentioning his 4/0 TD/INT ratio he put up on the day too.

But it wasn’t just the stats that he put up on the day that made the MVP’s performance so special; it was what the game meant for the franchise. This was Mahomes’ first proper start in the NFL (I’m not counting the throw away week 17 game against Denver last season). His career effectively began on that day and we couldn’t have asked for a better debut. It didn’t even take me the full game to realise how good this kid is going to be. It happened in his fifth snap of the game with that big connection to Tyreek Hill who took it all the way in for a 64 yard touchdown. It was then that the realisation settled in that this is what it would be like to be a Chiefs fan for the next 15 years; pure unexplainable euphoria.

In terms of the future of the franchise however, I think we should trade Patrick Mahomes away for a couple of second round picks in the offseason…

… I’m joking, please don’t get angry. This boy is special, too special to get rid of. He’s going to be the face of this franchise, and even possibly the league, for years to come and I cannot wait for it.

There are some rumours that Mahomes could become the first ever $200 million player. And I couldn’t be more OK with that if I tried. I would pay him $200 million myself if it meant keeping him around.

Now that the season is over it’s time for us all to sit back and reminisce over the best bits but also take time to look forward to what the future has in store. And that future is going to be bright; very bright.