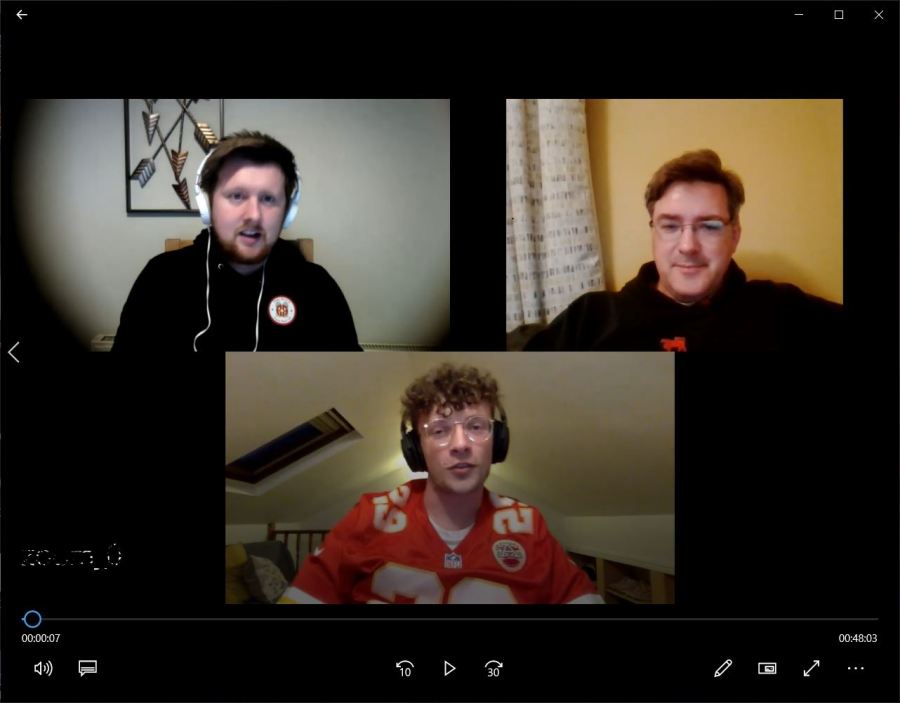 May 2, 2021 Author by Neil BlairPosted in Articles

How many hours did I spend/waste running mock drafts? I don’t even want to count. But it kept me entertained during my rare quiet times so, there’s that. One thing I’ve learned from this is that if you look at enough draft boards you will get a reasonable idea of where players are likely to go. There is so much variation between different mock draft sites but if you average them out then you end up somewhere in the right area.

With that said, let’s take a look at where our live mock draft picks ended up…

Well, it’s fair to say we got good value for this one. Rousseau went late in the first and now he’s going to be trying to get through our newly retooled offensive line in the playoffs when we host Buffalo in the AFC Championship game. Again. The Chiefs did go on to address the edge position in the 4th round.

Catching passes from Sam Darnold in Charlotte isn’t quite the same as catching them from Patrick Mahomes in Kansas City. The Chiefs did address the TE position, trading up in the 5th round to secure one.

Our biggest whiff of the draft. I’d seen Moore go as high as the 3rd round but he was actually undrafted. Could be a good one to get as an UDFA signing post draft. The Chiefs addressed the IOL in the 2nd round.

If this had been a mock draft for the Bills we would have nailed it. But it wasn’t and the Chiefs didn’t draft a CB at all. Our only position difference with the real draft. Could this mean the return of Brashaud Breeland? Or are the Chiefs confident Baker will recover from his broken leg?

So near and yet so far away! About 550 miles away as Simi Fehoko lands in Dallas. But, we were only 2 picks away and there was a degree of excitement that we could actually draft one of our guys. The Chiefs also took a WR at this spot, making it by far our most accurate pick.

Another that we were close with draft position, only 13 spots out in the 6th round. The Chiefs however addressed LB much earlier, taking one in the 2nd round with the 58th pick. We did talk on the live mock about the substantial drop off in quality at LB from the first few to the rest, maybe this played into the Chiefs decision making.

Without a team of scouts behind us, I think we did a pretty solid job on our live mock. We matched 5 of the 6 positions with the actual draft, only missing out by taking a CB and not double dipping into what is now a position of significant strength in IOL. We came close on our late round picks and got significant value early on.

Roll on the season…