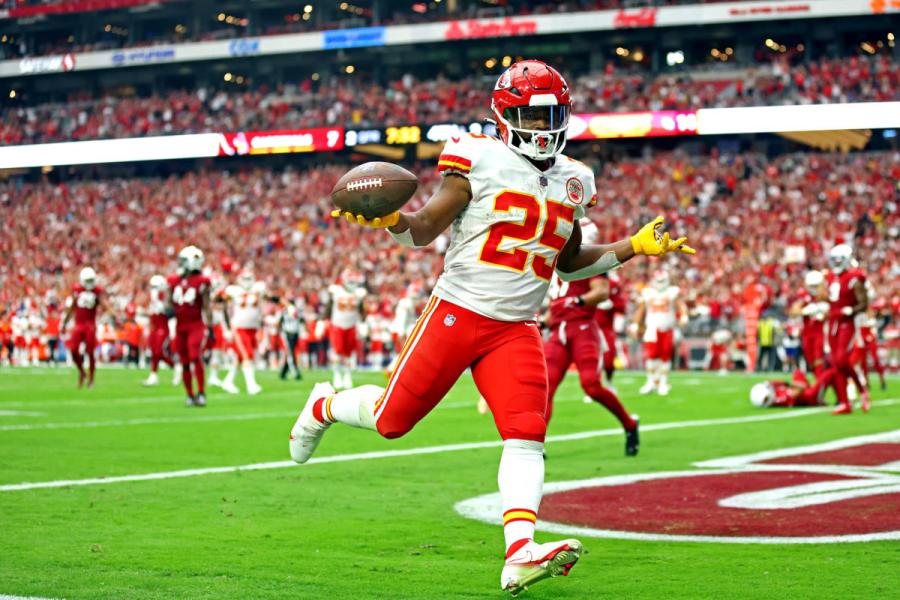 It’s been a while, but we’re back. Time to take a somewhat analytical look at the Chiefs week 1 massacre of the Arizona Cardinals. New season, so many unknowns, how could we not take a dive into a few players and how they fared in the season opener?

Anyone that has listened to our podcast over the past couple of years would know how underwhelmed we’ve been with the Chiefs running game. So, the addition of Pacheco in the 7th round of the draft was welcomed, but with low expectations. Then word started to come out that the Chiefs may have struck RB gold in the late rounds.

Probably the most impressive part of Pacheco’s display on Sunday was that the Cardinals knew he was going to be getting the hand off. And it didn’t matter.

Pacheco also managed 2 carries which feature in the Remarkable Rushes NextGen Stats on NFL.com. He had a 22 yard carry that had an “Expected Rush Yards” of just 1 yard and a 19 yarder that had an “ERY” of just 3 yards.

He managed 2 yards per carry over the “Expected”. Compare that to CEH last season, he managed -0.16 yards over the year.

He created yardage where there shouldn’t have been, when the opponent knew we’d be rushing the ball. That’s a highly promising start.

Are we all over the Tyreek trade now? Good. 10 different receivers targeted, 9 of them made receptions, 6 of them had 3 or more, 4 of them score touchdowns. We’ll get on to #15 shortly and his masterful distribution, but a few interesting things stood out on the stats.

Average Targeted Air Yards – How far downfield they are being targeted. Hardman 14 yards, Kelce 10 yards, JuJu Smith-Schuster 9. The Chiefs had a field day targeting the area around 10 yards deep. 66 plays on offence with just 8 third downs. What could be more ridiculous is the 33 first downs they made.

Separation – JuJu lead the way here with 3.3 yards of separation at time of reception. If he can consistently find a way to get open in that intermediate area then he’s going to have a very productive season.

Expected YAC – Mecole Hardman was the only receiver that figured in a positive sense here. His 2.9 yards over the expected YAC was good for 5th best in the league on the day. Get the ball in his hands in space and he can gain that bit extra.

Want to play 2 deep safeties and take away the deep pass? Fine. This was a masterclass in taking what you are given, hitting the open receiver. A roughly even split between throws to the left, right and middle forcing teams to defend the width of the field. 8/10 for 152 yards and a TD in that 10 to 20 yard depth. A few deep shots to keep the defence honest.

It’s only one week, but the 8th best player in the league looked just fine in Arizona.