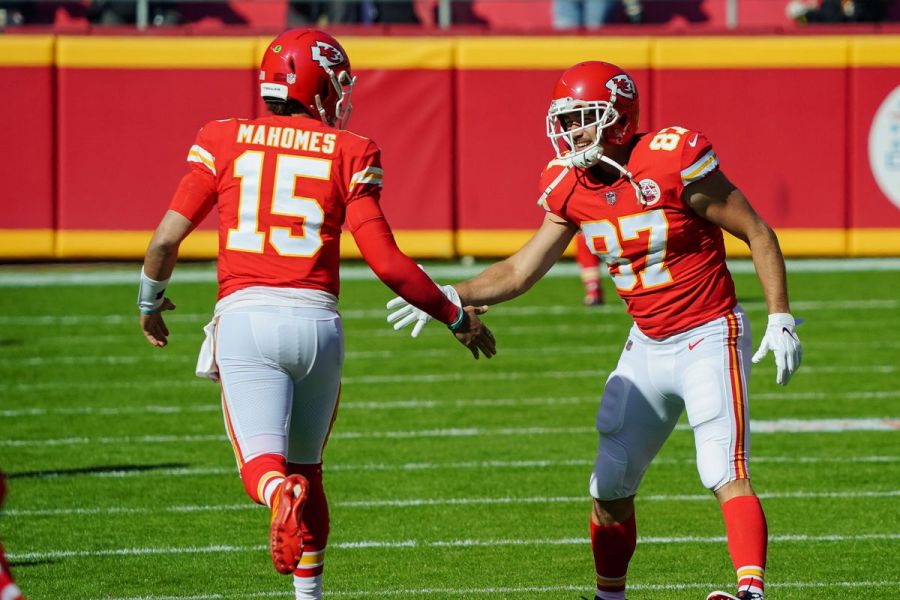 If there’s one thing theres not enough of in the NFL world it’s Power Rankings. Amirite…….

Well, given we’re on a bye this week and with some time to take stock and ponder where we are I thought it might be fun to take a look at who the Chiefs star performers have been through the first 7 weeks.

Who else? No-one really knew what to expect from this new look Chiefs offence but Mahomes hasn’t missed a beat despite having several new names to build relationships with. He leads the league in passing yards and touch downs and, along with Josh Allen, is front running the 2022 MVP race. It’s easy to get complacent and take this man for granted – don’t do that. Normalising greatness is a feat very few people have ever achieved.

NB for a look at how the Chiefs offence has evolved this year read the rest of this article then scroll back up to check out this piece by Neil.

By some metrics Jones is the highest graded defensive player in the league this year. He’s totaled 5 sacks which isn’t spectacular in itself but it’s his all-round game which is impressing this year. Batted passes? check. Tackles for loss? check. Victim of some egregious penalty calls? check check check. Jones has been living in the opponents backfield this year.

Will Father Time start to catch up with Travis Kelce? Can he carry the Chiefs offence now Tyreek Hill has gone? Will Kittle or Andrews step up as TE1? All questions the talking heads asked this offseason. All questions Travis Kelce has rammed straight back down their throats. The man is a freak of nature. The best there is, probably the best there’s ever been.

JuJu has undoubtedly made the WR1 role his own already in KC. Mid-week Call Of Duty wins with Mahomes have helped develop an instant rapport which has him on pace for >1,000 yards. Touchdowns in the last 2 games (against 2 elite defences) adding some icing to a chain-moving cake.

The first contentious name? I’ll let you debate…..Leading the Defence in just your second year is no mean feat but Bolton has worn the responsibility on his young shoulders with some aplomb. He makes a tonne of tackles (69 total, top 10 in the league again) and hits like a train while making them. Add the fact that he’s played most of the year without his usual LB partner in Willie Gay and Bolton has once again continued to impress.

Creed Humphrey was one of the very best Centers in the league in his first year as a pro. Nothing has changed in year 2.

Sneed continues to improve in coverage and is arguably the best blitzing CB in the league (3.5 sacks already this year). He’s just about the perfect prototype Spags’ corner.

Probably not a name anyone expected to see on this list. Harris’ opportunity came about due to Willie Gay’s 4 game suspension. Such has been his level of play much of the talk on Gay’s return was finding a way to make sure Harris continued to get snaps.

Unpopular opinion time – Frank Clark is playing quite well this year. Ignore the contract and just watch his play and he’s earned his place on this list. He sets a very solid edge against the run and has been a menace to opposing QBs with a decent number of pressures, 3 sacks and a forced safety. An unfortunate 2 game suspension will do nothing to enhance his standing among Chiefs fans.

Reviewing this list one thing that stands out is the lack of any rookies, potentially surprising given the praise the Front Office got for their work in April. Alarm bells? Let’s take a look……

‘Furious’ George Karlaftis is quietly working his way into an NFL career. He plays just about every snap and shows the endless motor we knew he had. The sacks will hopefully come but he currently leads all rookies in QB pressures so we know he knows his way to the passer.

As a WR in an Andy Reid offence Skyy Moore was always going to have to patient for opportunities in year 1. He’s done just about everything asked of his so far and we’re all keen to see more of him in the receiving game (and less on punt returns please).

Trent McDuffie has only managed one half od football for the Chiefs suffering a hamstring injury in week 1 and sitting on IR ever since. Given the Chiefs are currently starting two other later round rookies at corner at the moment they’ll be keen to get McDuffie back asap. Joshua Williams (4th round) and Jaylen Watson (7th) are getting an NFL baptism of fire, especially given the Chiefs schedule so far. A week 2 pick 6 on debut for Watson (off Justin Herbert no less) is the highlight so far but at times they look exactly what they are : rookies thrown in earlier than we all would have liked.

Isiah Pacheco looks every inch the backfield cult hero Chiefs fans have crying out for. He’s been getting more and more opportunities as the weeks have gone by. Our very own Tommo Neary could not be more excited.